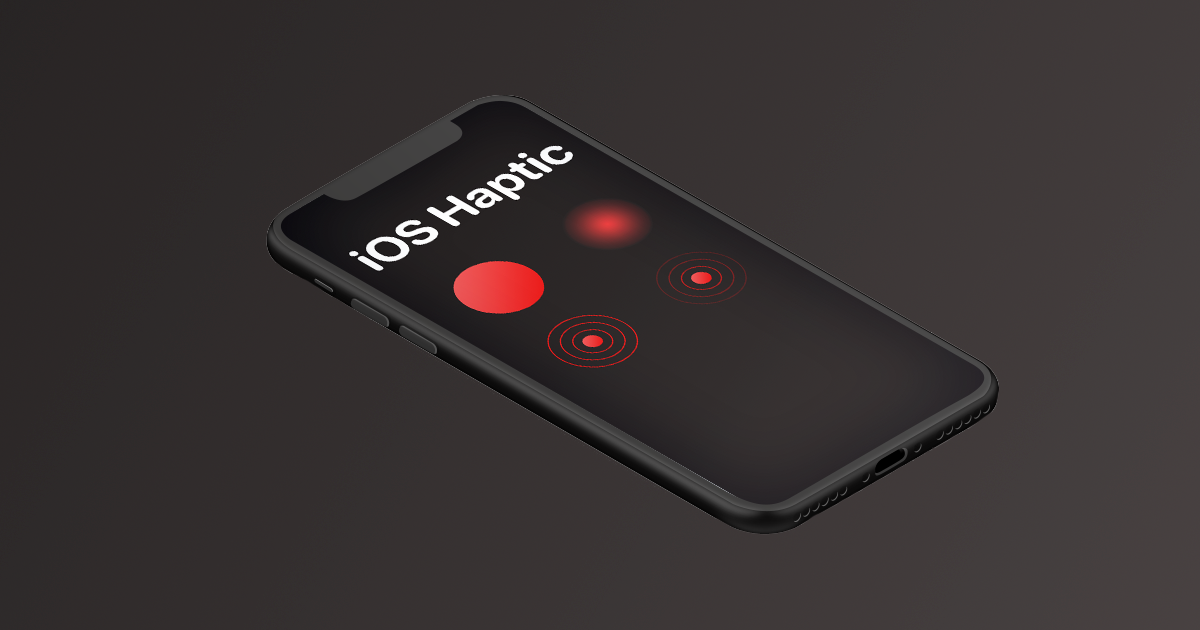 iOS Haptic on the Asset Store

The iOS Haptic plugin allows you to easily add haptic feedback to your Unity iOS project using the Taptic Engine on supported devices (iPhone 7 and iPhone 7 Plus and newer iPhones).

The categories of haptic feedback exposed by the Taptic Engine API are:

It is strongly advised that you read and understand Apple's Human Interface Guidelines for using the Taptic Engine before submitting your app to the App Store: https://developer.apple.com/ios/human-interface-guidelines/interaction/feedback/

Use of the Taptic Engine will only work when the Unity project containing the plugin is deployed to a supported physical device. It will not work when the project is run in the Unity Editor with the Unity Remote 5 app, or in the Xcode simulator, or on an unsupported device.

You can begin adding haptics to your iOS game in just a few steps:

The full scripting API reference is provided below.

A prefab controller, iOSHapticController, is provided with an example scene for reference which demonstrates how to trigger haptic feedback using UI Buttons. The controller's singleton class exposes the following functions, which are responsible for triggering feedback or managing the Taptic Engine’s generators:

TriggerNotificationError() - a type of feedback that suggests an error has occurred

PlayContinuousHaptic(intensity, sharpness, time) - plays a continuous haptic event with intensity and sharpness parameters for a duration of time (maximum 30 seconds)

From here you can search these documents. Enter your search terms below.