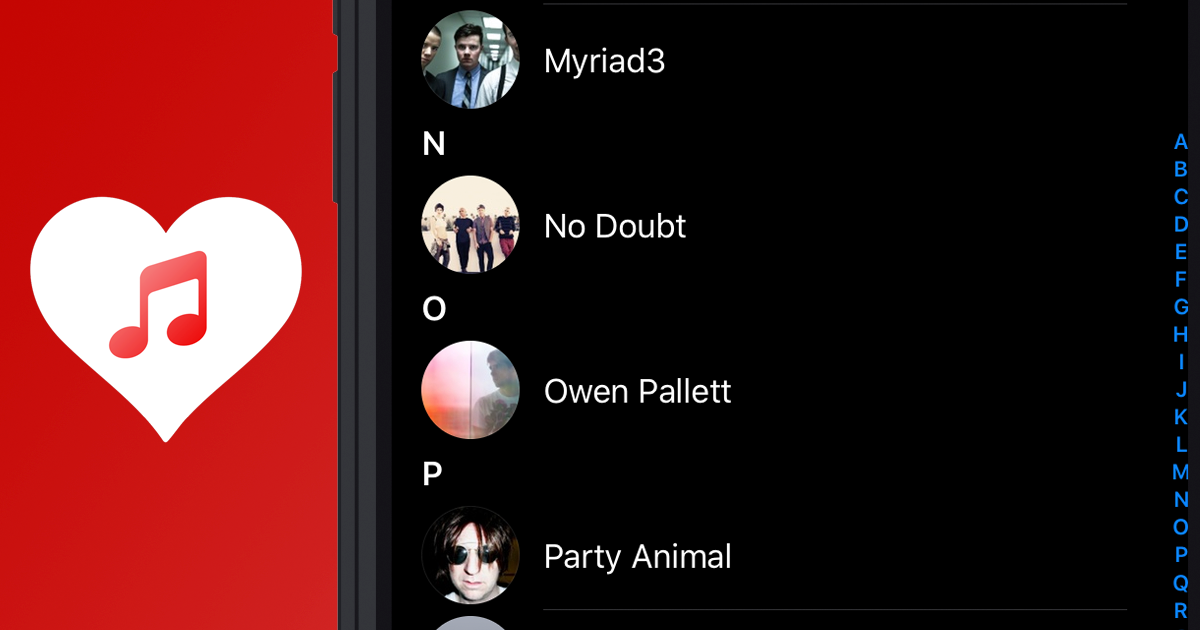 iOS Music on the Asset Store

iOS Music enables access to the music library on a user’s device through various means according to the original source and ownership of the music content. There are three modes in which the asset can be deployed and used in your project depending on what you want to achieve and what is important to you. In all modes, metadata is extracted and provided to you via callback functions whenever available. The asset includes examples scenes showcasing all functionality.

The iOS Music asset provides various plugin modes with different functionalities which target different use cases. The three modes are summarized in the table below.

A note on the various ways in which music can appear in a device's library, and the iOS Music asset's capabilities with each method:

It is important that you understand the various ways in which music can be added to an iOS Music Library, and the capabilities associated with each. If you have any questions about specific capabilities that have not been explained in the asset description, please contact me at my publisher email address.

The iOS Music asset included a prefab of the iOS Music controller which can be added to any scene from which you might want to access the user’s music library. An example scene is also provided, including a GUI for interacting with the asset’s different modes. Feel free to re-use elements from the example scene in your own game.

These APIs are provided as part of the iOS Music class musicManager.

SetupiOSMusic() - Optional function that you can use to trigger the permissions prompt at any time instead of waiting for the user to interact with the music library.

OpenNativeMusicPicker(bool appendToPlaylist) - Opens the native music picker (MPMediaPickerController) interface with a bool argument to specify if the selection will be appended to the current playlist or not.

LoadAudioClip() - Similar to OpenNativeMusicPicker() except upon finishing selection of music, the extraction and conversion process occurs and an AudioClip is generated and played through an Audio Source.

PreviousSong()/NextSong() - Convenience functions for navigating within a playlist.

RandomSongWithNativeAudioPlayer() - Gets a randomly selected song from the user’s music library and plays it with the native audio player.

RandomSongWithAudioSource() - Gets a randomly selected song from the user’s music library that is compatible with Audio Source mode and plays it.

GetLibraryContents() - Intended for use cases where a custom UI is needed, this can be called periodically to get an up-to-date managed Hashtable of the user's music library contents based on the media item's persistent ID.

PlayItemWithPersistentID(string persistentID) - Intended for use cases where a custom UI is needed, this plays a media item from the user's music library by passing in a string representing its persistent ID.

GetPlaylists() - Returns all playlists from the user's music library by persistent ID and name - NOTE: Does not include playlists associated with the Apple Music streaming service.

PlayPlaylistWithName(string playlistName) - Plays a playlists from the user's music library by passing in a playlist name.

QueryAppleMusic(string productID) - Query the Apple Music streaming service for a media item corresponding to the Product ID argument. If one is found and the user is an Apple Music subscriber, playback begins immediately.

Important note for customers deploying to iOS 10+: An iOS app now must request permission to access the device’s media library, and the user can approve or deny the request. You can easily add this feature to your app with the Xcode project generated by Unity. The solution is to add an entry in the Xcode project’s Information Property List “Privacy - Media Library Usage Description”, of type String, and with a message to show to the user explaining why the app needs access. You can find this Property List in the “Info” tab of the Unity-iPhone build target. Without creating this entry, the app will not present the media library to the user and will immediately dismiss any view controller attempting to access it, which results in the plugin's callback functions returning null values.

As of version 2.0, iOS Music supports playlist functionality using both the native iOS player and Audio Sources! When a song finishes playing, the plugin will automatically load the next song in the playlist. The iOS Music plugin implements a "lazy loading" system for playback via an Audio Source. When the plugin loads a song via an Audio Source, you can expect to wait a short time (up to a few seconds) while the song is extracted from the device's music library and converted to a suitable format. Playback will begin automatically once the conversion has taken place. Opening the iOS Music library when a song is already playing will pause the currently playing song.

As of version 1.2, iOS Music will extract metadata for the selected song, including song title, artist, album name, genre, duration (in seconds), lyrics, and BPM. The plugin also extracts and loads the song artwork as a Texture. See the demo scene for an example of how to access the extracted metadata.

The asset's main script, iOSMusic.cs, contains a callback function for handling user cancellation of song selection. Use this function UserDidCancel() to handle the cancellation in a manner that's appropriate for your game.

The asset includes support for retrieving the names of all of the user’s local music playlists, and starting continuous playback of a playlist by name. See the Playlist-functionality region within iOSMusic.cs for an example workflow.

The asset includes experimental support for making your own custom music UI to present local/non-cloud, music library information in your own game’s visual style or theme instead of relying on the native iOS user interface elements in the provided picker interface. See the provided example scene. This is a basic interface for doing a batch retrieval of music library contents by their persistent IDs, storing them in a managed hashtable, and starting playback later. The retrieved metadata is cached for each unique item, allowing you to present information like artist and song name, etc. This feature is currently experimental, and may change significantly in the future.

Full source code is included with the purchase of this asset and modifications are encouraged.

From here you can search these documents. Enter your search terms below.